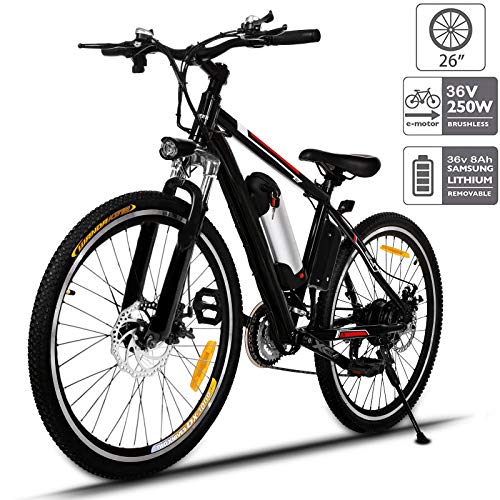 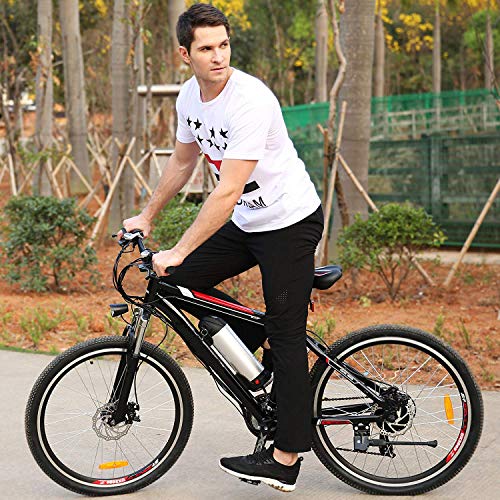 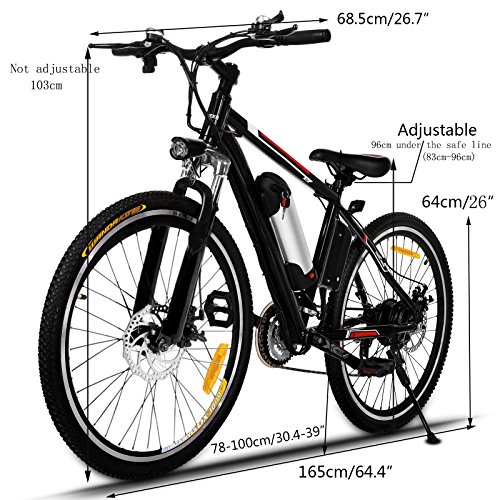 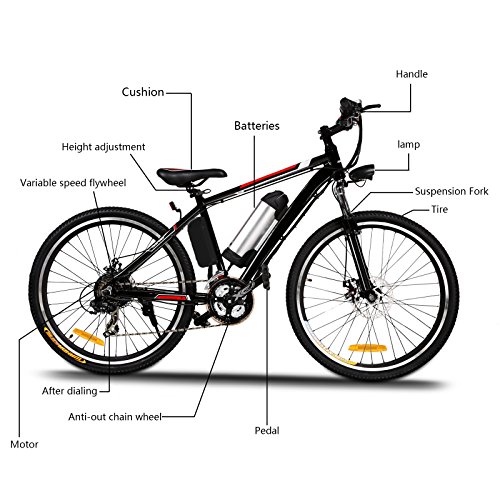 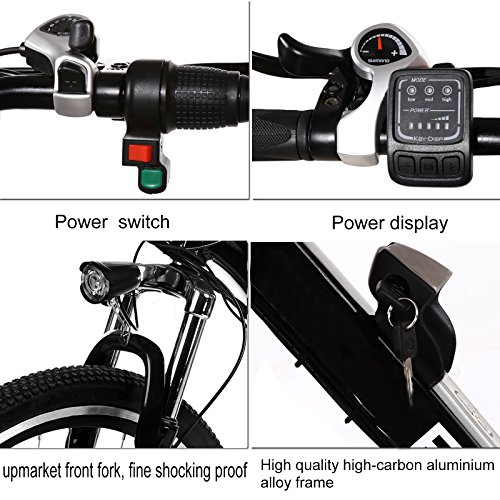 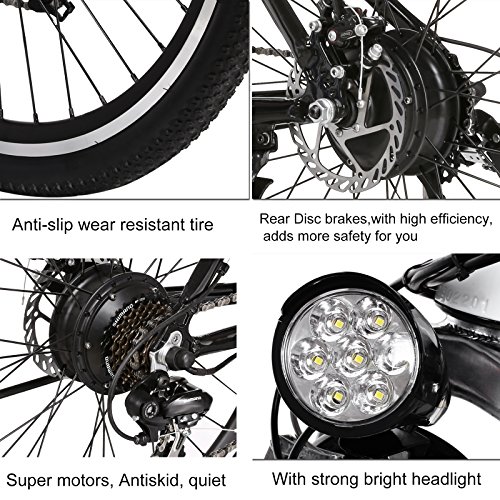 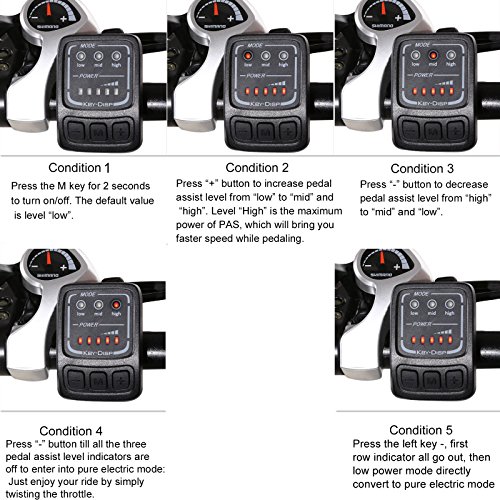 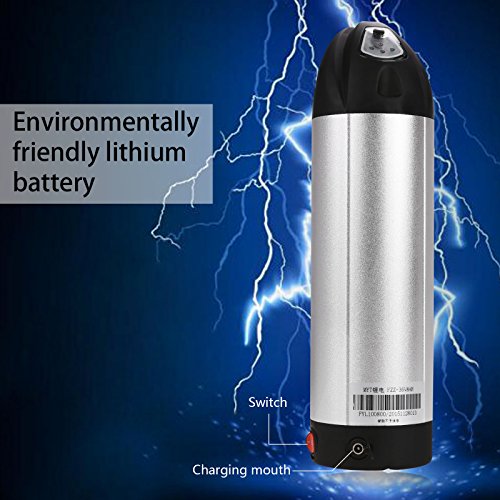 Selecting an electric bike is never a simple choice, the market is full of many different designs, and prices fluctuate hugely, which can make choosing the right bike an almost impossible task.

With so many options available, electric bikes are an excellent alternative to regular bikes, ideal for people of all fitness levels too!

Today at Top Review Zone, we will be reviewing an electric bike from Aceshin, an ideal buy for your first electric mountain bike.

So let’s dive straight into our review of the Aceshin Electric Mountain Bike and see whether it’s the right model for you!

The Aceshin Electric Mountain Bike is an excellent choice if you require an electric mountain bike and have a restricted budget.

This model features a 36V 8Ah lithium battery, this power unit is used in many electric bikes, but speeds and ranges do still vary from model to model.

Expect speeds of up to 19 mph from this model, which is relatively average, but should be quick enough for most users. Higher speeds can be achieved by combining different power modes with manual pedaling.

As with many electric bikes, this model features three different ride settings, these consist of the following options:

You can achieve a range of up to 15.5 miles while using the fully electric-assisted mode. This is rather low compared to similar models; if you want an electric bike with a more extended range that doesn’t require much pedaling, then this probably isn’t the right model for you.

Despite this, you can prolong the range of this electric bike rather impressively. Manufacturers Aceshin suggest you achieve a range of up to 31 miles when riding in electric-assist mode.

Some users have reported issues with the battery of this electric bike, suggesting that the battery doesn’t last as long as stated. However, charge time is just 4-6 hours.

It is important to note that a number of different climatic variables can influence how far and fast your electric bike ultimately goes, consider the following:

The Aceshin Electric Mountain Bike features 26-inch tires that feature excellent shock absorbers to maximize comfort over difficult terrain. However, we don’t advise taking this bike anywhere too extreme as its not a premium electric mountain bike.

A rust-resistant aluminum alloy frame is featured on this electric bike, and the front suspension is made from carbon steel, which is highly durable. The bike itself weighs 44lbs; this increases to 49lbs once the battery is equipped.

Tires of this size do mean that this model has a rather large frame, we suggest that this model is best suited to users over 5’3”. This model does feature a max weight of 330lbs, though, which makes it great for larger users.

Overall this is a reasonable electric mountain bike, ideal for taller users, and perfect for larger people.

Aceshin has created an entry model electric mountain bike available to a broad demographic of people.

What do you think of the Aceshin Electric Mountain Bike?