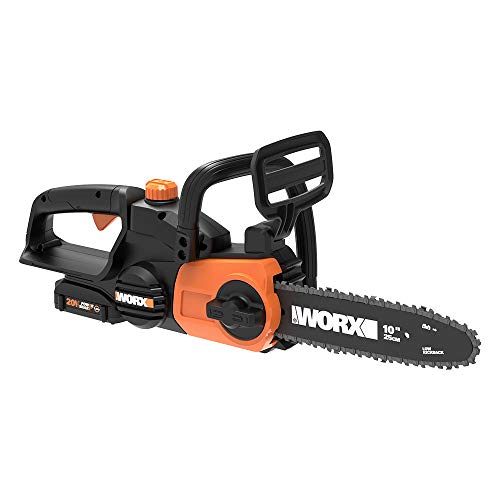 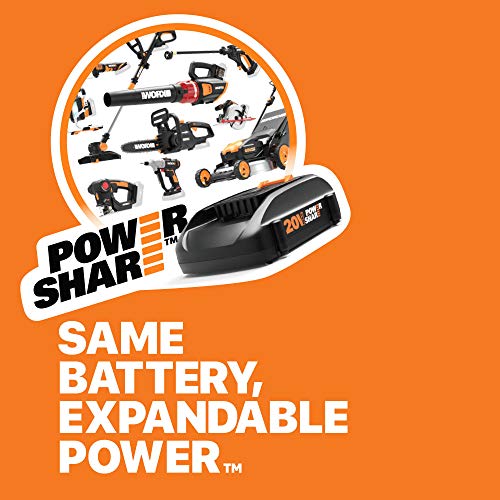 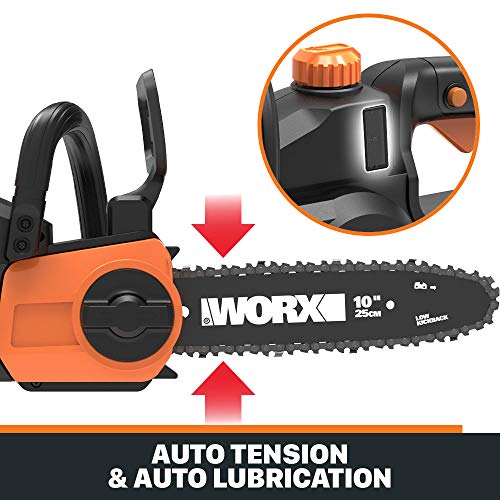 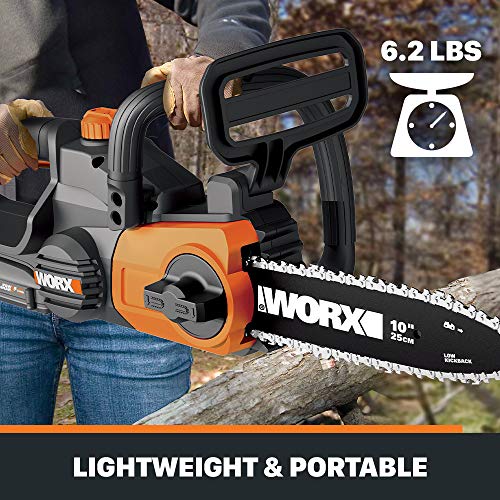 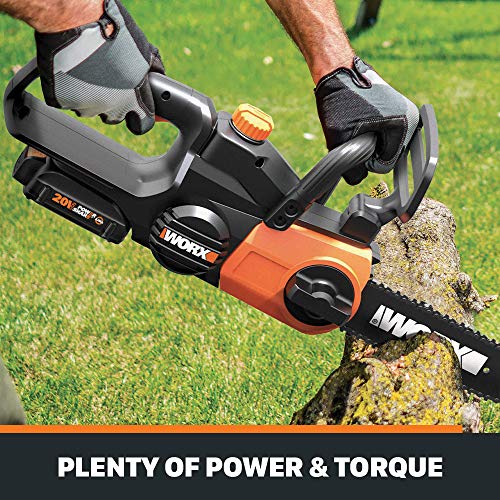 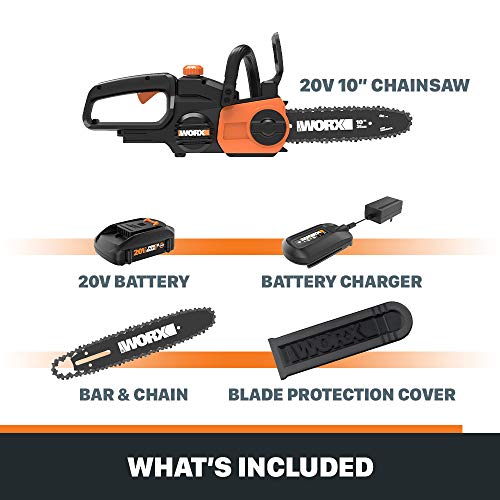 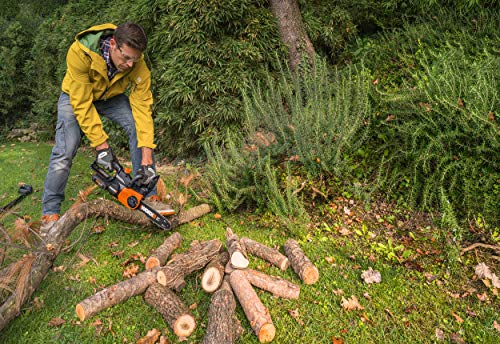 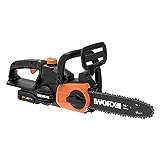 Battery-powered chainsaws are an extremely popular option due to their versatility when compared to their corded counterparts.

Their batteries allow them to be utilized almost anywhere, making them sawing jobs that much easier.

They also tend to be less noisy and generally much more comfortable to maneuver.

Today at Top Review Zone, we’re going to be taking a look at the Worx 10-Inch Battery Chainsaw.

Let’s get straight into the review and see what this excellent battery chainsaw is all about!

The Worx 10-Inch Battery Powered Chainsaw is an excellent choice if you are on a budget and require a shorter battery-powered chainsaw with greater maneuverability.

The 10-Inch bar makes it one of the shorter battery-powered chainsaw on the market; however, it does give the saw a great deal of maneuverability.

As with most battery-powered electric chainsaws, this product features an automatic oiling system helping towards the durability and longevity of the saw.

However, some users have complained about the chainsaw leaking oil; this is a common trait among chainsaws, though.

This product weighs an ultra-light 6.2lbs giving it great versatility when maneuvering it around the garden.

This is probably our favorite feature for this saw as it makes it user-friendly for almost anyone to handle.

However, its lightweight design has led some users to complain about the chain falling off very frequently.

In terms of safety features, this saw has the following:

A tool-free chain tensioning system is included; however this product does not feature a variable speed button.

The battery produces 20V power which is plenty for a smaller sized battery chainsaw like this one.

Some users have complained about the saw’s power and stated that it doesn’t remain charged for very long.

With that being said, this saw represents excellent value for money if you’re after a budget-friendly shorter chainsaw.

This battery chainsaw would be ideal for smaller jobs around the garden.

Overall this is an excellent choice if you require a budget battery chainsaw with a lightweight design.

This product would be the perfect addition to a homeowner’s garden, and it’s lightweight build and power to ratio make it an excellent choice.

What do you think about this battery chainsaw, have you got an opinion?

Hit the comments section below and tell us today!